← A Trip To Bedse Caves, One Of The Greatest Trips I Ever Had
Best International Summer Drinks To Beat The Heat Part 1 →

General Elections In India Is Over – What Does The Future Hold?

Hello guys, I am posting after a long time. A lot has happened since my last post, we welcomed 2014, the hostile conditions in Syria continues, my post on how to drive safely while drunk (if you absolutely have to) got thrashed over the internet, the World Cup Football 2014 is about to start but most importantly, from India’s point of view, the general elections in India is over and we have got a verdict. It is the Bharatiya Janata Party that recorded a landslide victory and Narendra Modi, former chief minister of Gujarat, is all set to take the helm as the 17th prime minister of India. 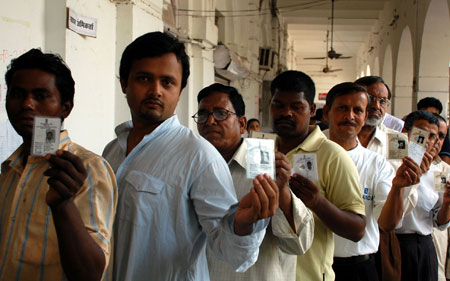 The 16th general elections in India was also the longest. It was the largest election in the world with 814.5 million eligible voters. This election also saw the highest voter turnout in Indian history at 66.38%. The verdict was out on 16th May and the results were crystal clear. For the first time after 1984 an Indian party touched the magic number of 272 seats, meaning for the first time in 30 years India is set to get a single party ruling without support. 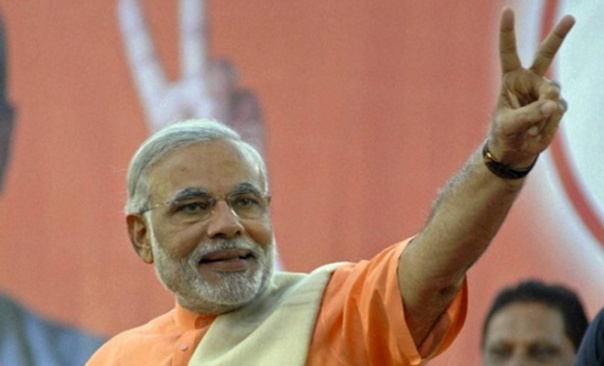 Now, many are ecstatic about Nerendra Modi becoming the prime minister as they feel Mr. Modi will be able to finally turn India into a country of the 21st century. Many are sceptical due to his radical Hindu extremism pasts and the 2002 riots. People change over time hence there is no denying that Mr. Modi might have changed as a leader and a person as well. But to what extent is this true? Has he really changed or has he just dawned the mask of secularism for election’s sake? Will the Muslims be safe under the BJP government? Is vibrant Gujarat a reality or a myth? Questions like these are bouncing around the media and the minds of the people and no easy answer is yet to come by.

If we, for an instant, assume that Mr. Modi has really changed as a person and mended his older ways, that would mean that the Muslim contingent in Gujarat are safe and happy at this moment. In fact that is the picture that has been painted over the last 3 or 4 months. The reality, however, is a little different.

During a recent study conducted by a leading newspaper of India, Muslims in Gujarat expressed their concerns over their real plights being overshadowed by manufactured news. The study revealed that even in premier cities like Ahmedabad, it is still very difficult for a Muslim to get a rented house. Muslim women are taunted, teased and abused at every opportunity hence many of them have been forced to leave their jobs. A Muslim NGO worker told the newspaper that the stories of vibrant of Gujarat were grossly over-hyped. 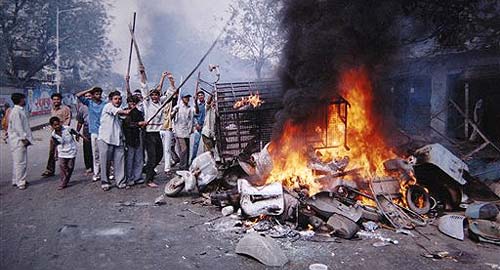 Fire of hatred – The Godhra Riot

Apart from his Godhra riot connections, a horrific massacre of human lives that took place in 2002, there are doubts over the financial solidity of Gujarat as well. Numerous Indians, both young and senior citizens, are almost worshipping Mr. Modi as a messiah of financial breakthrough, a healing force that will bring the reeling Indian economy on track just by his sheer presence. During the election campaign, the success of the “Gujarat model” and how Mr. Modi will use this same model to straighten up Indian economy have been reiterated again and again. There is, however, one small problem. India is not Gujarat. India is a collection of 32 states and 6 central territories, a country where each state has its own unique problems. If Mr. Modi or anybody for that matter believe that the “Gujarat Model” will work for the violence riddled north eastern states or the terrorism  burdened state of Jammu and Kashmir, it is difficult to vouch for their mental sanity. 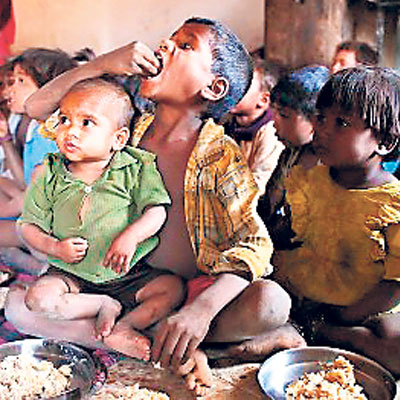 Even Mr. Modi could not change this picture

Closely scrutinizing the “Gujarat Model” reveals that Mr. Modi an his government has given tremendous importance on the growth of business in the private sector. This has created a lot of job opportunities in the larger cities while the human resource index in the villages and remote areas keep dwindling. In terms of child health, nutrition, education and healthcare, Gujarat’s growth has been minimal.

Even after keeping all these negatives in mind, it cannot be denied that the people of India have spoken and they have chosen Mr. Narendra Modi and BJP as their leaders for the next 5 years. A government without support from the allies mean that it will never have its hands tied for the sake of keeping the government alive. Mr. Modi has got a great opportunity to prove his words right and his opponents’ wrong. One thing is for sure, if he tries to blindly implement the “Gujarat Model” everywhere or leads another manhunt against the Muslims, history will throw him away just like it has thrown the Indian National Congress away. Now it is time to wait and watch.

Soumyajit is a software engineer with a flare for writing. He loves to experience new things in life. Gaming, travelling and cooking are his passions. Catch him on Facebook, Twitter or on his Google+ account!
View all posts by Soumyajit DasMazumdar »

← A Trip To Bedse Caves, One Of The Greatest Trips I Ever Had
Best International Summer Drinks To Beat The Heat Part 1 →